My name is Matt, I’m a cinematographer and along with my wife Amy, we are photography enthusiasts. We got engaged on October 10th, 2015 in Bar Harbor, Maine during sunrise at Schooner Head Overlook, in Acadia National Part (this is important for later). We spent two months combing through photographer’s online portfolios searching for the right team to shoot our wedding. When we found Twisted Oaks Studio, we spent some time checking out all the work on their website. I don’t usually read the “About Us” section because they all tend to sound the same, but I read theirs on a whim. Sandi’s bio was different. It was honest. Jay’s was very introspective and real. They were both…refreshing. We were confident that we found photographers who shared our aesthetic, felt that we could relate to, and had the key elements we were looking for in a photography team.

This is the story of our wedding from my perspective, something you don’t see too often on a wedding photographer’s website. I wanted to write this to let others learn about our experience with Jay and Sandi. We had no idea just how much of an impact they would have on our wedding day. The four of us had no idea how much of an impact we would have on each other’s lives. 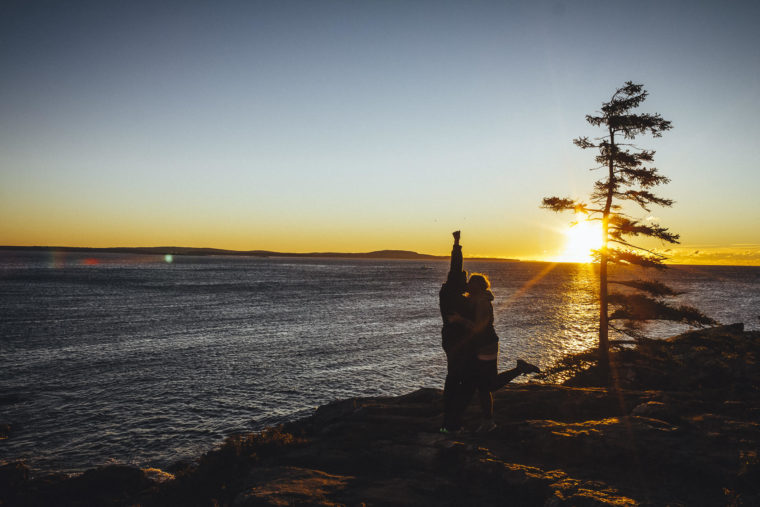 On January 31, 2016, Amy and I went to Twisted Oaks Studio. We were greeted at the door, welcomed in, and ushered to a studio room towards to the rear of the building. We sat across from Jay and Sandi at a table with some albums in the center. Hung on the walls were high-quality prints and canvases of their work.

Sandi led us through the options and choices we could make. Jay offered creative ideas. We laughed a lot. After 20 minutes or so Amy gave me a look, and I gave her a look back. We were sold on Jay and Sandi shooting our wedding. More conversation and laughs, and we realized we had been there for 3 hours! We wrapped up our meeting and Amy and I felt great about our choice. It’s all coming together. Our next step was to choose a date/location for our engagement shoot. Sandi insisted we do an engagement shoot so that we had a chance to work together prior to our wedding. Amy and I ask if Bar Harbor, Maine would be an option, since that’s where we got engaged. Sandi said yes, and we were stoked! We planned a trip together for a long
weekend in September. 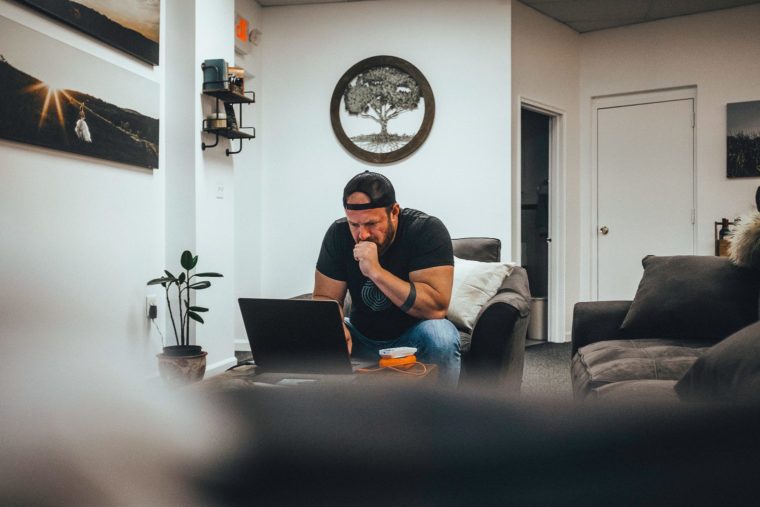 On April 22, 2016, we called to tell them that we had to cancel our engagement shoot. Amy was diagnosed with Hodgkin’s Lymphoma, a rare blood cancer. It was devastating, and it changed our entire lives. The good news was that it was treatable. The bad news was that the treatment was serious and would take about six months to complete. We were so upset at leaving Jay and Sandi hanging for the trip up to Maine and that we wouldn’t get to have our engagement shoot to get to know them better. They told us not to worry about anything and to do what we needed do.

Five short months after I asked Amy to marry me, cancer rocked our lives. I quit my job shortly after she was diagnosed to focus on caring for her. When you’re faced with a disease like cancer, you end up having a lot of conversations with each other about what the future could look like, and what it might not look like. The unknown is terrifying. It makes you re-evaluate everything in your life. After a lot of doctor visits and consultations, we agreed on a treatment plan. The plan had a good success rate, but it as it goes with cancer, it wasn’t guaranteed. Throughout the treatment process we both went through every emotion you can go through. I tried to be the guy that I thought I needed to be: The pillar of support, the strong one. My dad was the one who reminded me that I needed to be the man SHE needed me to be. I took that to heart and focused all my energy on doing just that.

September came, and it was sad to not only be missing out on our dream engagement shoot but what was no doubt going to be an awesome trip. Jay and Sandi still made the trip and they took some really beautiful photos, but there was one photo they took that meant the world to us. They went to the Schooner Head Overlook, where Amy and I got engaged and took this photo. with this note:

Hey guys!
Just wanted to share some of the photos from our trip with you, give you something to
look forward to in a couple years 🙂
– Jay and Sandi 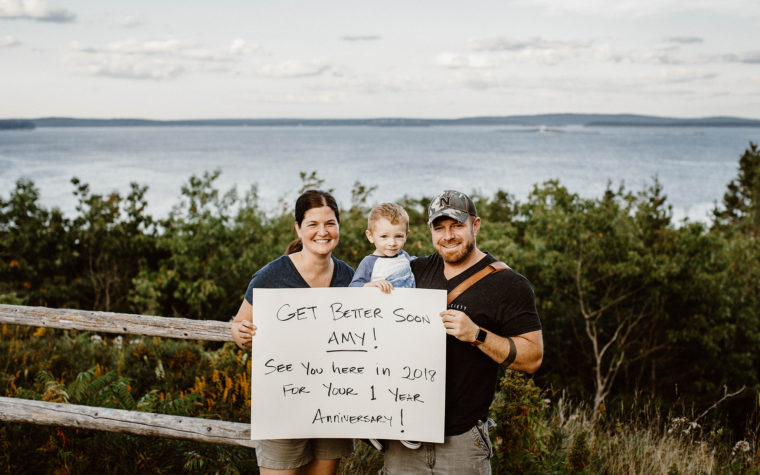 It was just what Amy and I needed to boost our spirits. We kept in touch. Amy and Sandi chatted through emails. Jay and I texted a lot and made plans to team up and work together on a couple creative projects. The four of us had become very close friends. It was the hardest time of our lives, but Amy’s treatment had worked! She was (and still is!) in full remission. We called Jay and Sandi, told them the good news, and made plans to meet up to talk over the details of the wedding day. The four of us went out to dinner one night, had a few drinks, and got all the details worked out for our wedding day. It felt good to be back on track again.

A few weeks later Amy and I were at Hotel Icona Resort, Diamond Beach. It was our wedding day.

Two big things I should mention here:
1. From the beginning, I really pushed for shooting a lot of medium format film. Like the two shots above.
2. Our wedding day would be the first time we worked together.

That’s a lot of pressure! I think Amy and I were both so relieved to see them on the day that It felt like working with your best friends. It was the most emotional day of my life, for several reasons. We had a long journey leading up to our wedding day. A journey that made it impossible for me to hide my emotions and hold back the tears as I cried. A lot. There’s no way I couldn’t have. When Jay arrived at the groomsman suite, I was relieved to see him. This was something I had never imagined would happen with my wedding photographer. This is what sets Jay and Sandi apart from everyone else. 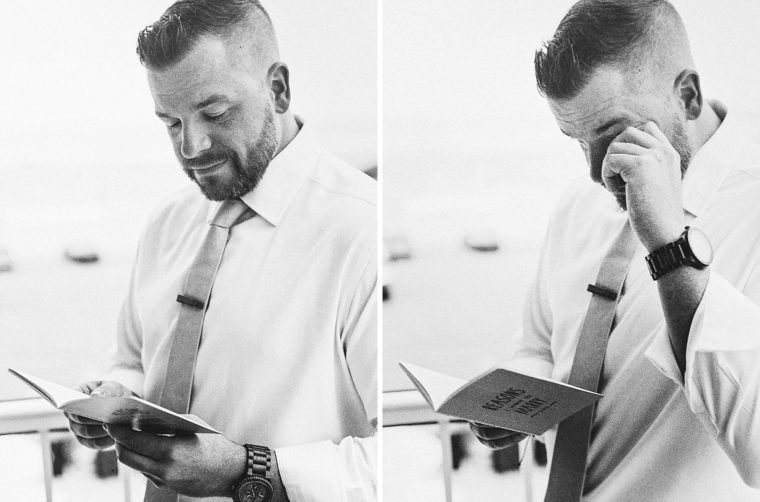 We started shooting groom prep and I struggled to piece together the right words to use in my letter to Amy (which you can see photos of in Jay’s Blog Post). Then it was time for me to read the letter that Amy had written. I had walked out onto the balcony, Jay followed. I began to read the first sentence and promptly lost it. Jay shot the entire thing with just the two of us out on the balcony. I had held my emotions in long enough, and it was time to let them go. I felt good to just surrender them to the day. If it had been anyone else shooting that day I don’t know how I would have felt. But it felt like hanging out with a friend, which was exactly what I needed. The day went by in a flash. We said goodbye at the end of the night after requesting a few shots of the four of us together, which they happily obliged. 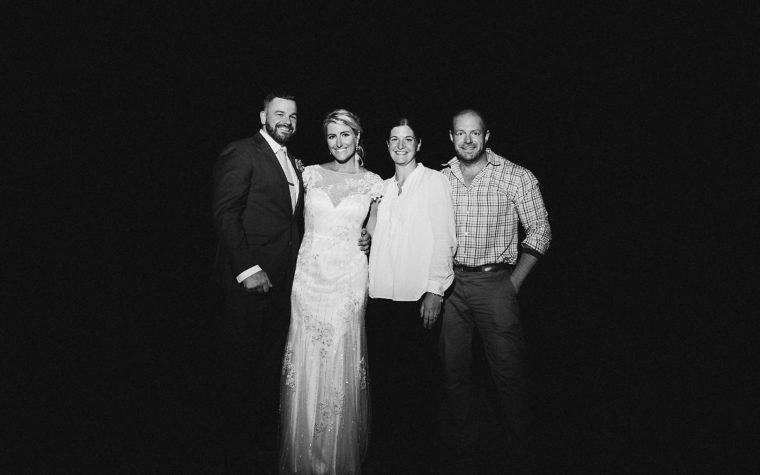 Two days later I got a text from Jay:

Want to see a shot from your wedding?

A few seconds later, this photo below appears on my screen. 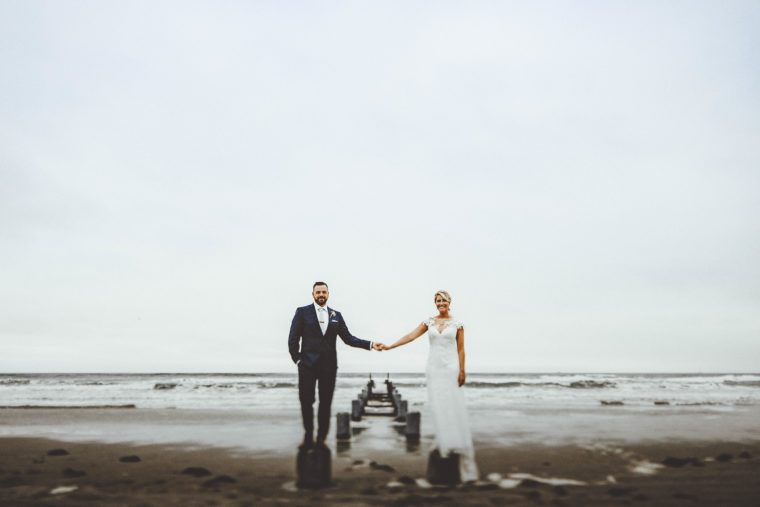 I look at Amy, she looks at me, I well up (because I’m the emotionally strong one). It’s beautiful. It’s…us. We text back and forth and Jay shares some more images with us. Each one cooler than the last. Amy and I are impressed. We’re more than impressed. The decision to go with Jay and Sandi was the best choice we could have made.

A few months go by and we heard from Jay again. He wanted us to come to the studio, which we knew had meant that our photos were ready. We were really excited to learn that they do a reveal party where they show a slideshow of photos on a large projector screen with music. We hung out at the studio that night for a few hours, ate dinner, and even got to meet their 3-year-old son Luke who they brought along. It was an amazing experience, the entire evening, and a great way for us to re-live the day all over again. All the photos they took truly encapsulated our day, and the film scans that I had requested came out beautiful. I welled up again as the slideshow played (I told you I’m the sappy guy) and we were both extremely happy with all of the photos, we still are. Jay and Sandi were able to do more than document the day. They were able to capture the essence, how that day felt, and the souls of those they photographed.

That’s not being melodramatic, it’s real, and it’s there in those frames. What an incredible gift.

So…what about the engagement session? Well, here’s the silver lining. We’re heading up to Bar Harbor later this year to shoot that. Only now it will be for our 1st-year-anniversary session. 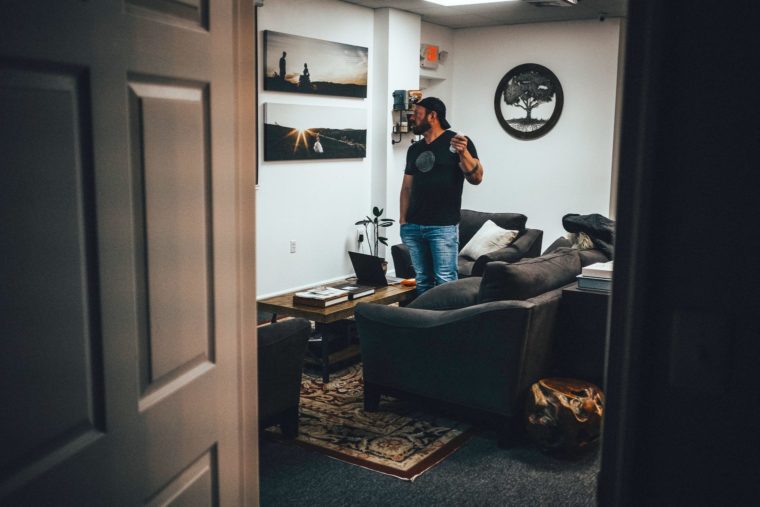 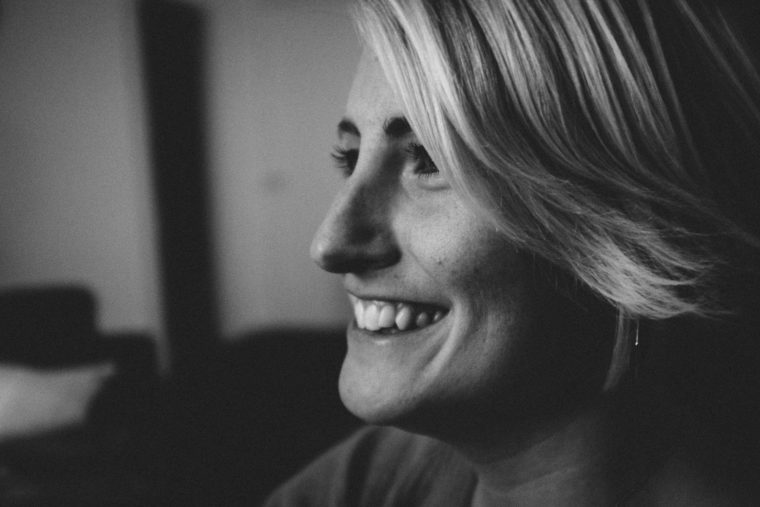 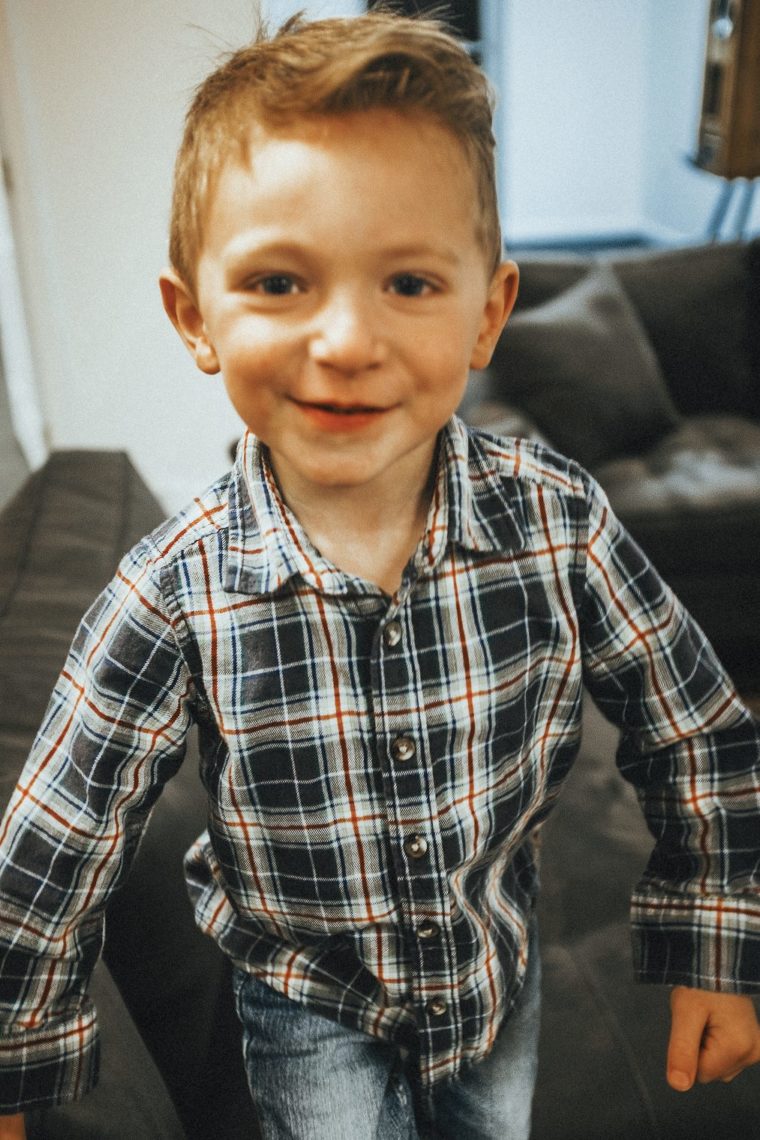 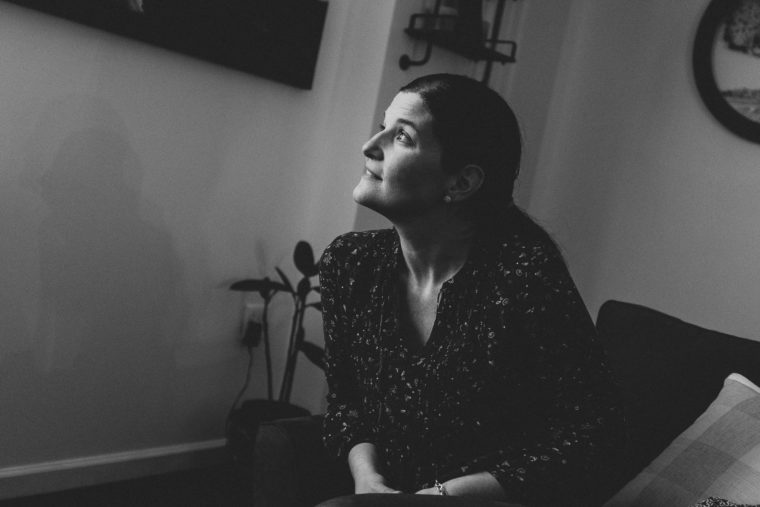